Our first high performance Iris Analysis System was written in 2000, at the time the system was capable of comparing one Iris against 1.5 million in a single second, with an incorrectly classified match percentage of 0.0054% (81 people in 1.5 million scanned would not be recognised). Not perfect, but orders of magnitude better than finger prints and manual facial recognition from photos.

In 2002 we turned our attention to spotting fake Irises (the use of special contact lenses to fool Iris Scanning systems). The inner surface of the eye is lined with a light sensitive tissue known as the "Retina". The black bit of your eye is the "Pupil". Light travels through the Pupil and onto the Retina at the back of the eye. To detect attempts to change the appearance of the Iris we had to start looking for very fine alterations (reflections) between the slightly wet cornea (outside face of the eye ball) and the inside face of the contact lens. As light passes from one medium to another it bends. Light hits the contact lens and bends as it enters the polymer. It then travels in a straight line until it leaves the polymer to travel though a thin wet layer between the contact lens and the cornea. The cornea is partially reflective, so for a high speed camera looking at the Iris it is possible to see both the true Iris and any fake Iris (if taking two high resolution pictures from two slightly different angles). We won't disclose anymore about this algorithm which detects the refraction of the light, but below we will walk you through the basics of Fake Iris Detection which is still valid for most fake iris contact lenses. 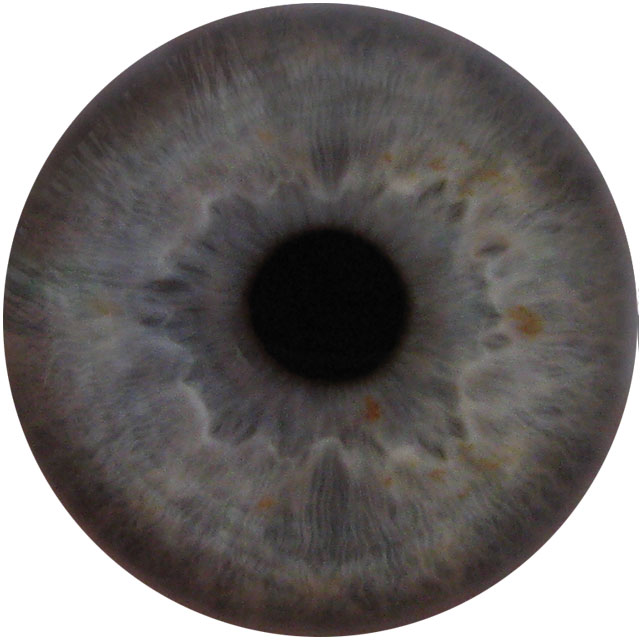 
So does the following still look genuine? 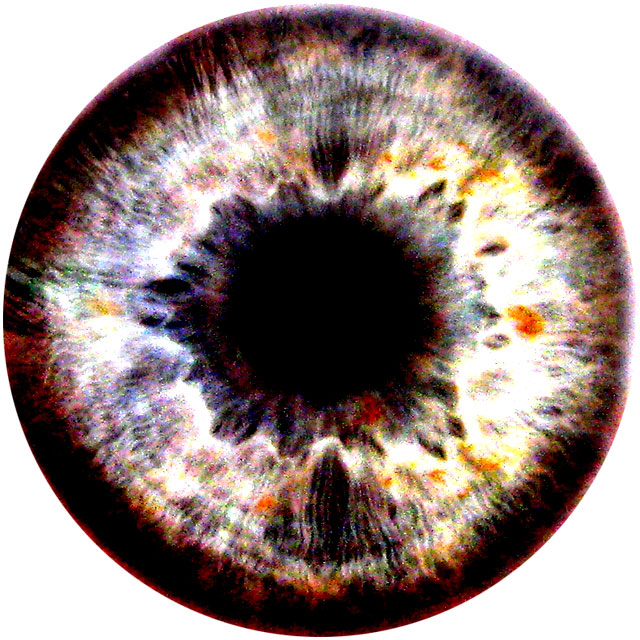 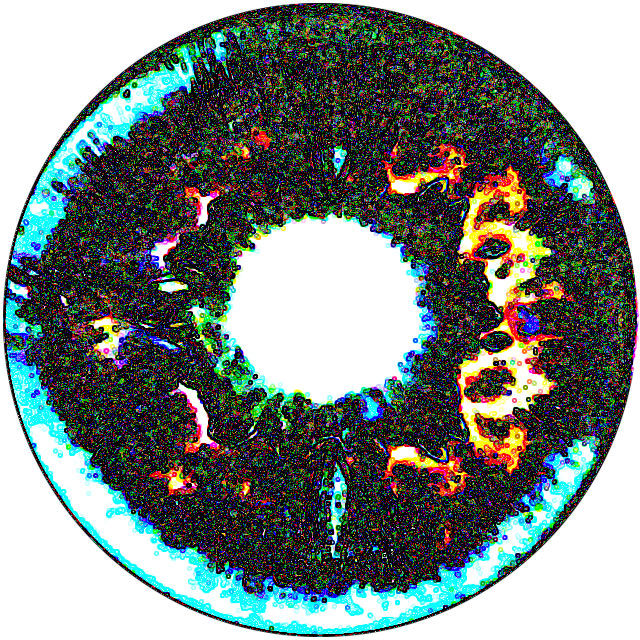 
Store the size, shape and location of each of the significant white areas.


Looking at the image in Step 1 you wouldn't have spotted that this is actually a fake. The human Iris never has symmetrical properties this large - it's a fake; see the green highlights below. 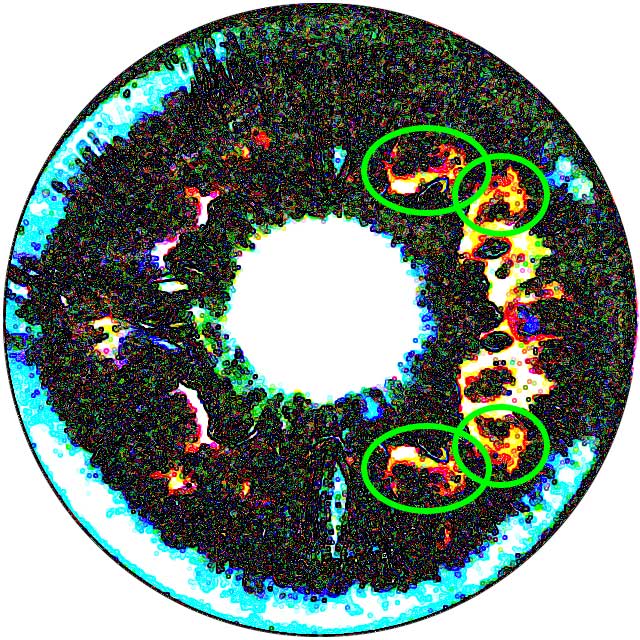 So why have we just told you the basics of how to do detect badly made Fake Irises?

Each step is relatively simple, and when we explain how we do the basics people think it’s easy! Step 4 is the trickiest step detailed above and is key to achieving a low error rate, but quite trivial if you know about Image Recognition and pattern detection techniques. There are thousands of companies worldwide that can do this. If you want a Fake Iris Detection system that does 120 million comparisons per second (using three servers), with an error rate of 0.0012% and can spot how the light bends between the cornea and contact lens, that's where we believe we are unique.


If you are looking for a bespoke Fake Iris Detection solution, or want a different form of High Performance Image Recognition System, give us a call.